WordPress Shortcode. Published in: Education. Full Name Comment goes here. Are you sure you want to Yes No. Be the first to like this.

No Downloads. Views Total views. Actions Shares. Embeds 0 No embeds. No notes for slide. Description Social Work and the Courts is a collection of important and cutting-edge court decisions in the field of human services, now in its third edition. Pollack and Kleinman present an array of legal cases in everyday language, with clear explanation of the facts and issues, and in-depth examinations of the reasoning and implications of each decision.

I continue to believe that this work is the best supplemental reading currently on the market. In fact, I continue to believe that social work professors are doing a disservice if they fail to require reading sections of this book as supplemental course assignments. By careful analysis of selected cases, each chapter is a springboard into the legal issues that affect social workers.

Each analysis contains an implications section that explains what the decision means and is quite useful as a source of guidance for special workers and those who develop and implement agency policy. Francis School of Law This text provides valuable insight into the ways in which law intersects with social work. Pollack and Kleinman review the most relevant court cases in a number of areas including child welfare, mental health practice, and aging, to list just some. In addition to reviewing the facts of cases, the authors summarize the reasoning and implications of the cases for social workers in clear, succinct prose that highlights professional applications.

This preview is indicative only. The content shown may differ from the edition of this book sold on Wheelers. Cases that are summarised in the Casebook are bold-faced throughout the text. Altogether, the Casebook consists of cases, from 41 countries across a variety of regions, covering a span of more than forty years.

The vast majority of decisions, nevertheless, date from the past decade. The pace of change is clearly accelerating. The Casebook has two purposes. First, it should help lawyers, judges, and human rights activists better understand how to use the law to protect individual rights. The ICJ hopes that readers of the Casebook will be encouraged to raise arguments that are grounded in international and comparative law in their domestic courts and that courts will find the experiences of other courts relevant.

I WAS ASSAULTED BY A CLIENT - SOCIAL WORK

The ICJ further hopes that the Casebook will promote public interest litigation in defence of rights, assist individuals whose rights have been violated to seek redress in court, and enable lawyers to develop effective and persuasive reasoning. Second, the ICJ hopes that the Casebook will stand as evidence for the claim that law on sexual orientation and gender identity is global in nature. A court in New Delhi is referring not only to the decisions of courts in Strasbourg or Washington.

It is also, and perhaps especially, paying attention to precedents established in South Africa, Hong Kong and elsewhere. Activists in Thailand and Guyana assert the right to cross-dress. Individuals in Kampala and Kathmandu demand judicial enforcement of their rights under international law.

People everywhere want their relationships — with their partners, with their children — to receive legal recognition and protection. The Casebook has certain limitations. During the process of compiling these cases, some difficult choices had to be made. The Casebook is not comprehensive. It does not contain every decision that involves sexual orientation or gender identity. There were simply too many cases to do so. Essentially, the Casebook attempts to take account of the types of factual scenarios that are most relevant and the lines of reasoning that parties and judges have relied upon.

To this end we have included negative and positive decisions. Some areas of law, such as hate crimes, have been omitted, because we felt that hate crime prosecutions were more likely to depend on specific evidence of motive rather than on interpretation of human and constitutional rights.

Some very pressing human rights issues, such as conditions of detention for LGBT people in custody, are not represented in the Casebook either, because they are not areas that have been extensively litigated. Because this area of law is changing so rapidly, the Casebook may not fully reflect the current state of the law. To the extent possible, subsequent legal developments, whether judicial or legislative, have been noted in postscripts. 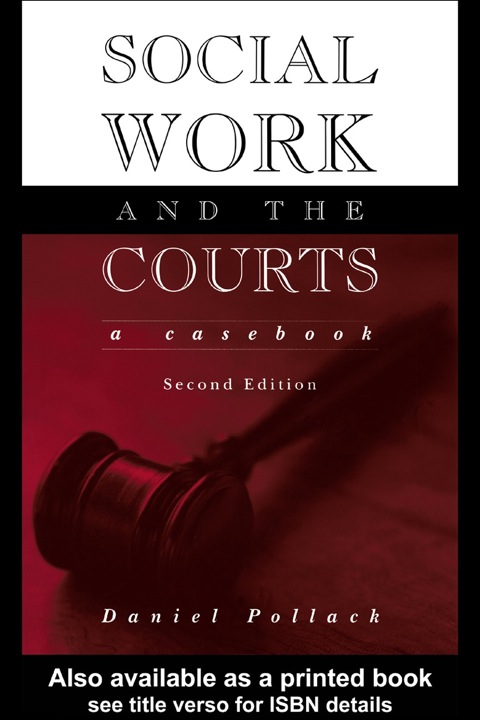 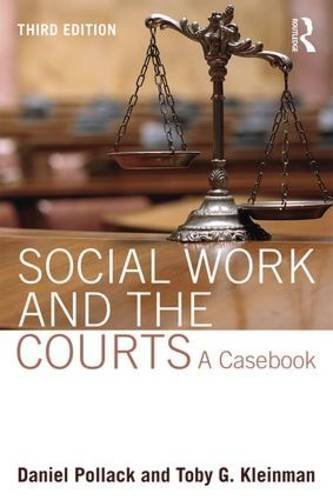 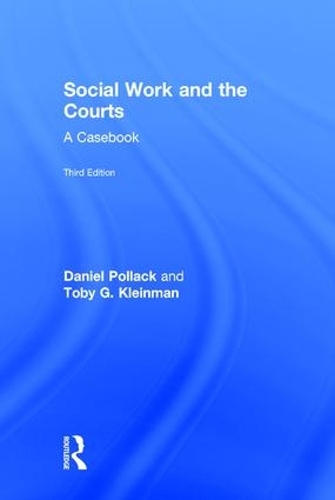 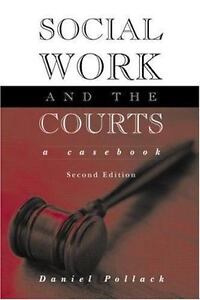 Related Social Work and the Courts: A Casebook